Rock On The Radio 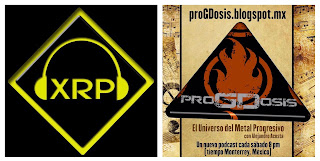 JP2's upcoming single "HOPE" debuted worldwide on internet radio this past Saturday, February 8th. The song premiered first on UK's XRP Radio as part of the show Tagged With Tizz. The song was well received in the station's chat room and could become a recurring showcase. Click here and like the track to boost it up XRP Radio's charts.  The track also debuted on Mexico's own ProGDosis that same night. If you missed either show, ProGDosis uploads their episodes every week as a podcast in the following platforms:

"HOPE" will be available for download and streaming on all digital platforms on February 21st.