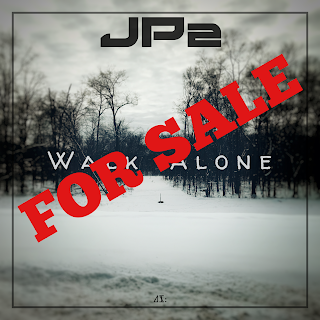 After a pretty entertaining conversation on a “Tool fans vs Taylor Swift fans” post on my Facebook feed today, I ended up falling down the rabbit hole of music business, revenues, etc, and various Google searches later, I came across the graphic below:


It shows how many streams on every service on the market (Spotify, Apple Music, etc) does an artist need in order to generate a dollar ($1) of revenue. I showed the graphic to some peers and we agreed on the sentiment that, not only does the perception of an artist has changed drastically because of technology, but the art itself has been socialized.

I am not going to sit here on a high horse and spew a hypothetical scenario where I do not stream music. I do, the technology is free, simple and very accessible. I only do it sporadically at work, sometimes at home and mostly on YouTube, watching videos (not YouTube Music). I am an artist, I understand we are living in an era of disconnect and musicians cannot depend on physical media as a primary source of income, ergo the music/lyric video has become my way of having some sort of connection to the artist besides the name. Yesterday I came across a band on YouTube called Time, The Valuator. Within 2 minutes of a song, I was already on iTunes buying their latest CD (sorry, album, bad habit) titled “How Fleeting, How Fragile”. If they have a decent record deal, I probably made the band a not-too-shabby $6.00 out of the $9.99 sticker price. iTunes has to make some money and so does the label and while the $6.00 in revenue I just created for the band doesn’t sound like much, it is an absolutely amazing profit margin compared to what I would’ve generated by streaming the album instead, not to count also the level of commitment it would require of me.

I would have to stream Time, The Valuator’s music 1,176 times on Apple Music in order to generate the same $6.00 I did by buying their album. Sounds like a lot, right? How about 1,674 streams on Spotify or a whopping 4,656 on YouTube music? All to generate $6.00. Then the argument of “profit from sales is final while streaming is infinite” comes up, I’m sure, to which I say, that’s where merchandise sales come in. I really like this band, I’m pretty sure I’m going to buy a shirt or something from them. Let’s use another best case scenario where the band is earning $12 out of a $24.99 shirt. Do me a favor and multiply all the streaming numbers I previously stated times two (2). How long do you think it’ll take me to stream the same band 9,312 times? How much data would I be consuming? “Oh, but $9.99 here and there adds up” you say, yet nobody has a problem dropping the same amount or more to watch, say, the latest Avengers movie. Once. Meanwhile, that $9.99 I spent makes Time, The Valuator’s music mine, forever, to listen at will and without consuming data.

I’m a musician. I’m an artist. I can’t speak for every musician on the planet, but I do what I do because I love it. I am going to keep making music regardless of the outcome, but I won’t sit here and lie to you and pretend that I don’t care if you buy my music or not. I love music, I love art, but above all, I respect both the art and its creator. Understand this: the music business is a business for everyone except the artist. I know I can’t tell you how to live your life but if you love an artist, if you respect them, then give them their worth and own the art that is being offered. Music programs in our schools are dying, the interest in the art is dying, we are killing the way of life of musicians and artists all over the world through technology and through a growing sense of entitlement where music and art are somehow free. That is not the case.