Walking On His Own 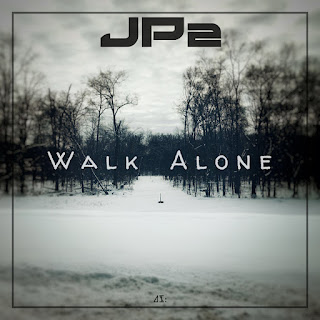 Indian River Music Company is pleased to present to you “Walk Alone”, the solo debut single from artist JP2, produced by Matthew Maldonado.

With a musical career that expands over 20 years, JP2 delights our ears with a composition that is a testament to his extensive musical journey. Heavy rock rhythms, funky bass lines, twin guitar melodies, a rambunctious orchestra section, the aptly titled “Walk Alone” is an impressive individual re-introduction for what is already a music veteran.

Born and raised in Puerto Rico, JP2 moved to Orlando, FL in 2001 in search of akin musical minds with which to bring his anthems to life. He was a founding member of Runnin Blind, Over The Radar and took part in an early adaptation of Alphæus. He also collaborated on several compositions for the University of Central Florida. But as the suitable title tells us, it is time now for JP2 to be his own muse.

“Walk Alone” is available at the moment EXCLUSIVELY on the following retailers: